"I awoke to the sound of warblers. The room in semi-darkness since we had closed the shutters and pulled the drapes at bedtime. A velveteen drapery pulled halfway across the entry to our sleeping area further thwarted any chance of a rare Irish sun from reaching our closed eyes. Over porridge and brown bread toast we looked out over Carragh Lake to the reeks. Jo, our hostess was on her way out the door to search the property for shamrocks. She emerged with a handful of them like a bouquet which were placed in a vase on the entryway table. We made our plan for the day and were off.
South on the Kerry ring road to Ballinskelligs, we passed beautiful views of Kells Bay and more, farm fields and mountains, salmon streams and herds of sheep. We came to a sudden stop on the way through Cahirsiveen when Hugh spotted a South Seas painting by Pauline Bewick in a shop window. The shop owner is a potter and his wares take up most of the shop but he had a few paintings as well.

Not too far down the winding road is the Village of Dun Geagan an art exhibition center. The art exhibited there is produced by artists in residence at the Cill Rialaig Project a semi-restored famine village which houses artists.  We checked out the art housed in its new lovely stone circular gallery. After that, I volunteered to drive back so that Hugh could view the scenery. I don't know how much he noticed since I had him worried I was going to scrape the door off his side (left!) of the car (driving on the wrong/left side of the road). 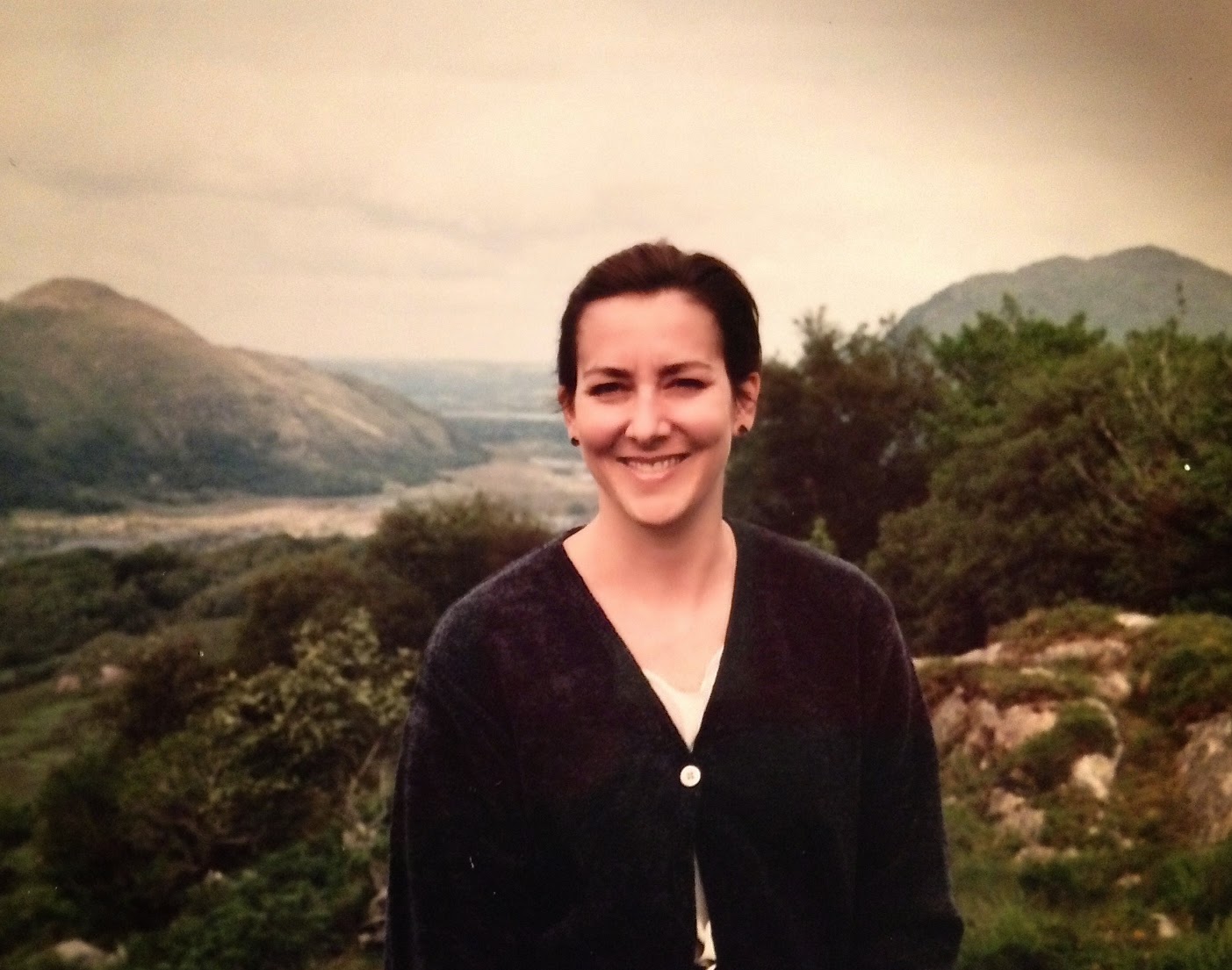 On the way back we stopped at the Towers restaurant in Glenbeigh for lunch. The bar was packed, everyone had walked across the street from church after Mass for an honorary St. Pat's Pint. The restaurant in the back was nearly empty. After lunch Hugh drove back to our country house. Apparently the little boy that I saw at Towers Bar with black spots on his face had marched with his class as a Dalmatian in the St. Patrick's Day Parade.
After a nap, we drove over to artist Pauline Bewick's home. Pauline her husband Pat Melia, their daughters Poppy and Holly as well as Poppy's husband Conor and their son Aran were there. We got a sneak preview of their latest pieces, had tea and caught up on news. Poppy was working on one of her beautiful swan paintings.

Aran was wandering around peeping with his big baby's eyes. On the top of an armoire was a puppet show stage that they had made out of cardboard box for Aran's entertainment. Holly's pieces were of tuscany.
Pauline had many new works. I especially liked one that had already sold called Woman into Fox.

After spending a few hours with Pauline and family we returned to Glendalough House. Hugh read and I played the harp for a bit, then off to Nicks for a sumptious feast of smoked salmon, lamb and various fishes - John Dory, Brill.. we were sitting between two of Pauline's paintings - The Gemini Twins and a restaurant scene of people eating spagetti.

A piano bar player serenaded us from the next room with the Theme from the Titanic to Carrickfergus and Ramblin Rose. A diverse repertoire. The bar was empty." - Travel Journal: St. Patrick's Day 1998 Killorglin, County Kerry

Posted by Painting the hamptons at 10:24 PM 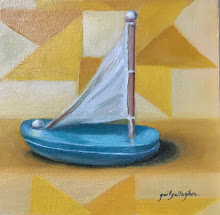 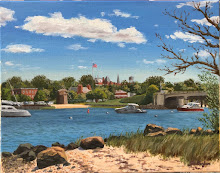